The true size of Africa

When looking at a traditional map, it might seem like I’m already halfway down to Cape Town. But 1/3 is probably more accurate, and this “optical illusion” is caused by something called map projection. Not surprisingly, visualizing a spherical planet on a flat surface is not trivial. Traditional maps use the Mercator projection that causes land mass close to the equator to look smaller than it actually is, and vice versa. That’s for example why Greenland looks as big as Africa, when in fact Africa is fourteen times larger! 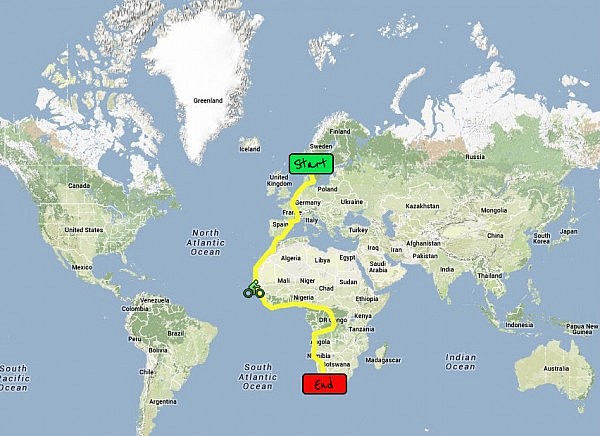 The map below, which uses an equal-area map projection called Gall-Peters, illustrates the world a bit better, and here we can see that I have more than half left: 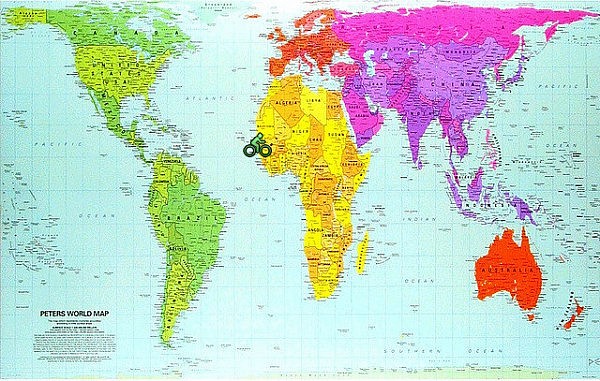 Actually, this animation best shows the differences between the two projections:

To further explain the immense size of Africa, here’s an interesting visualization: